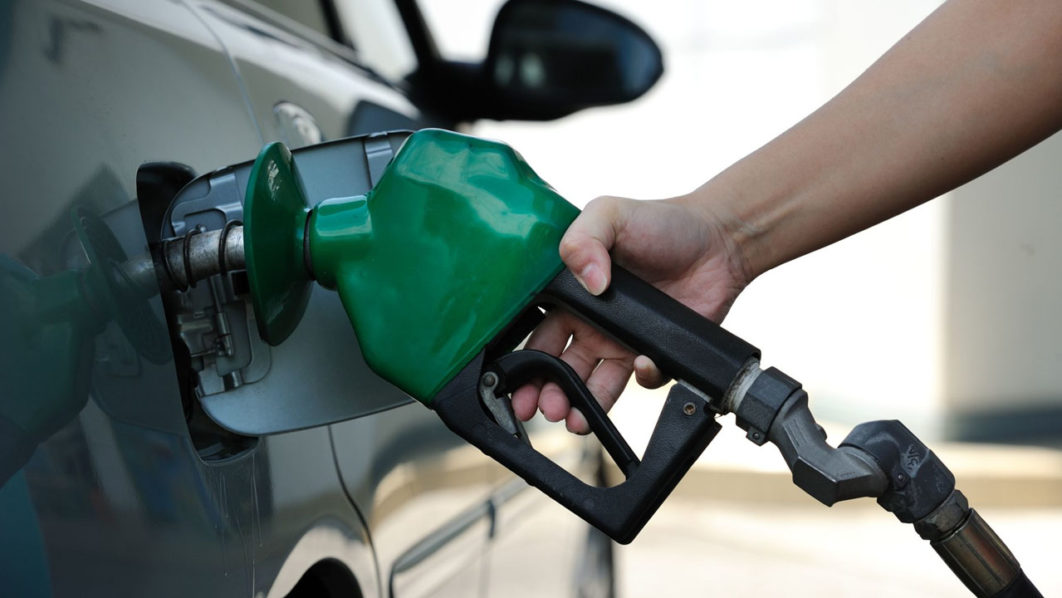 • Insists allocations host communities, frontier development justifiable
• Law not perfect but a good start, APC admits
• Wike: Sending 3% directly to host communities will cause a crisis
• Experts call for investment in modular refineries to end petrol import
• Do not withdraw fuel subsidy, HURIWA warns
Petrol pump. PHOTO:<br />shutterstock
Contrary to expectations that the signing of the Petroleum Industry Act (PIA) would automatically commence the deregulation of the downstream sector, especially the removal of subsidy, the Federal Government, yesterday, said the retail price of Premium Motor Spirit, otherwise called petrol, will remain at N162 per litre until a feasible framework is developed.

The Guardian had earlier reported that the government spent N438.37 billion on subsidy payments as of June 2021. The removal of subsidy will lead to an upward review of petrol retail price, rising to at least N400 a litre.
The Group General Manager in charge of Public Affairs Division of the Nigerian National Petroleum Corporation (NNPC), Garba Deen Muhammad, confirmed yesterday that fuel subsidy would remain, pending the outcome of the current negotiations with labour unions in the country.
He said there would be chaos in the country if the subsidy was removed now. “The government is discussing with labour to find a lasting solution to the concern,” he said.

Marketers and state governors have been pushing for the removal of subsidies, considering its effects on their monthly allocations and contributions of the Nigerian National Petroleum Corporation (NNPC) to the Federation Accounts Allocation Committee (FAAC).

In its latest funding performance, the NNPC recorded N281.97 billion as net revenue to FAAC between January and June 2021, leaving a deficit of N973.86 billion as against the projected revenue of N1.25 trillion for the period. The Corporation did not make any remittance in April.

With oil prices experiencing a rebound, the Federal Government might continue to find it difficult to sustain subsidy payments, or even borrow to fund subsidies, but continue to avoid a backlash from households dealing with poverty and inflation.

Subsidy payments have continued to rise, not just due to low production, but as a result of the surge in consumption, especially from smuggling and other related activities.
The Controller-General of Nigeria Customs Service (NCS), Col. Hameed Ali (rtd.), on Monday, in Abuja at the public hearing organised by the House of Representatives’ Committee on Finance, lamented that petrol was being smuggled out of Nigeria in large quantities after it has been subsidised by the Federal Government. According to him, the product is being diverted to as far as Mali.
He further lamented that the Department of Petroleum Resources (DPR) had approved the establishment of filling stations along the land borders, while the NNPC keeps supplying the commodity to the stations against Customs’ advice. This, Ali said, was responsible for the increasing volume of fuel being released by the NNPC as daily consumption.
Chairman of the committee, James Faleke, had earlier asked the Minister of Finance, Budget and National Planning, Zainab Ahmed, why the Federal Government has projected crude oil per barrel at $57 for the 2022 budget when the global market prices are now about $70.
Ahmed, however, said the government was using the differentials to pay subsidies on petrol, which is referred to as under-recovery.
ON the PIA, the Minister of State for Petroleum Resources, Timipre Sylva, while addressing journalists, yesterday, in Abuja, insisted that the three per cent allocation to host communities and 30 per cent profit share allocated to the development of frontier basin were justifiable, while a workable framework was needed for petrol to dispense at prevailing market price.

He equally noted that there was a need for investment that would drive the country’s reserves and daily production. The reserves have stagnated for over 10 years at about 37 billion barrels.

Sylva stated that the country has reduced per barrel cost of oil production despite the continuous devaluation of the naira against major currencies.

While Nigeria produces per barrel of oil higher than most countries, the former Bayelsa State governor said the impact of COVID-19 has drastically pushed down the cost as activities in the sector are being domesticated with the import of skills from foreign countries reducing, while contracts were being renegotiated following the fall of crude oil price.

“Also, the fact that a lot of expatriates left because of COVID-19. On the whole, we have been able to significantly, bring down the cost of production. Our target now is not just five per cent. We are actually targeting 10 per cent reduction,” he said.

Sylva noted that prevailing market situation was affecting the price of cooking gas, adding that the government is currently engaging the marketers to discuss leeway.

Speaking on the divestment of assets by International Oil Companies, especially Shell, Sylva said discussions were on with the company, adding that the company is not only divesting in Nigeria, but across the world.

Fitch Ratings, a global credit rating agency, yesterday, noted that the sweeping changes to the fiscal and regulatory environment are meant to shepherd in a renewed era of oil and gas investment.

Specifically, it noted that Nigeria’s upstream production and fuel refining have been left wanting over the last decade and require significant investment, which the PIB looks to address with key changes to regulatory bodies and the role of the state in these key industries.

“The timing of the passage of the PIB is critical to ensuring production growth due in the mid-2020s remains on track with several pre-FID deep-water projects vying for investment,” it added.
MEANWHILE, the Nigeria Employers’ Consultative Association (NECA) has called for effective implementation and monitoring of the PIA. In a statement, Director General of NECA, Dr. Timothy Olawale, urged that government should without delay, carry stakeholders along in setting the implementation and monitoring actions to ensure maximisation of the benefits inherent in the Act.

While commending the government for the landmark decision, Olawale said the Petroleum Industry Governance (PIG) Act, 2021 is expected to herald a positive change in the oil and gas industry. He expressed optimism to a more robust industry with growing investors’ confidence and the creation of more employment opportunities.
Also, the All Progressives Congress (APC) has admitted that the controversial Petroleum Industry Bill (PIB) assented to by President Muhammadu Buhari on Monday is not a perfect document.
Apparently conscious of the protestations by key stakeholders from the oil-rich Niger Delta region on salient provisions of the legislation, the party assured that there would be room for improvement in the days ahead.
APC in a statement by its caretaker secretary, Senator John Akpanudoedehe, said: “The new PIA may not be a perfect document. No law anywhere in the world is a finished product. It is a good way to start, after decades of groping in the dark in the oil industry.
“Mr. President has broken the jinx on many fronts. This is a clear demonstration of the will of a leader, determined to do the right thing. We salute the President’s forthrightness and his courage to lead Nigeria aright.”
APC chides the Peoples Democratic Party (PDP) over its scathing attacks of the PIA, adding: “This shows that the failed opposition party is ready to play politics with the weather. We ask what was the fate of the PIB during the wasted 16 years the PDP was in government. We will let the discerning public be the judge. Meanwhile, the APC will not get tired of righting PDP’s wrongs.”
EARLIER, Rivers State Governor, Nyesom Wike, had said there may be a lot of crisis if the three per cent equity shares contained in the newly signed PIA are paid directly to host communities without any government intervention.
Speaking on Channels TV Sunrise Daily on Tuesday, Governor Wike said there is a need for government to monitor the spending of the money that would accrue to host communities to avert the impending crisis.
He also faulted the approval given to oil companies in the act to determine what constitutes their host communities, stressing that most oil companies may sabotage the implementation of the PIA, particularly with regard to the three per cent shares for host communities.
In his words: “I was thinking that government should have a hand in monitoring the spending of such funds. I do agree you don’t need to pay to the government but paying to the host community and leaving them alone will cause a lot of crisis. There should have been someone to checkmate the communities not to have crisis. I can tell you, knowing the IOCs very well, what they will do is to sponsor crisis for them not to send such funds to them,” he said.
The Governor also noted that the three per cent allocated to host communities by the Act is not enough considering the enormous environmental damage caused by oil exploration in the Niger Delta region.
WITH the signing of the PIA, analysts have called on the government to ensure enabling policies that will promote modular refineries across the country to augment Dangote Refinery’s impact and encourage backward integration to maintain price stability. Modular refineries, they say, are key to ramping up local production of petrol in the country, amid rising fuel imports and a corruption-ridden subsidy regime.
An energy expert and Professor of Development Economics, Ken Ifedi, said: “If we encourage ramping up local production through enabling policies, this shenanigan called fuel subsidy will go in three months. The federation would get more money for federal allocation. The CBN could support this with some form of lending.”
He noted that the Federal Government was afraid of the backlash with labour unions, insisting that having an enabling business model that encouraged modular refineries in states would ensure fair dynamics in fuel pricing while doing away tactically with fuel subsidy.
Chairman of the Major Oil Marketers Association of Nigeria (MOMAN), Adetunji Oyebanji, speaking on modular refineries, said state governments must follow the NLNG business model if they were to set up the modular refineries in their respective states and ensure success.
“If we look at antecedents of where we are coming from, a free-market economy, we must encourage models that drive investments and reduce undue interference by the state. Ramping up local production is vital to helping the dynamics of fair pricing locally. However, it is not a guarantee that the price will come down. Remember the crude is bought in dollars. The key advantage is halting import, and then enthrone competitive fair pricing for the product,” he said.
Sounding a note of warning, the Human Rights Writers Association of Nigeria (HURIWA) has called on President Buhari to stop the move to remove fuel subsidies. HURIWA urged the Federal Government to take another look at their ‘sinister’ plots to withdraw subsidies from petroleum products in the country as a result of signing the PIB into law.
HURIWA stated this in a statement issued yesterday in Abuja by its National Coordinator, Comrade Emmanuel Onwubiko. He said the PIA must be altered fundamentally and amended transparently immediately to give not less than 10 per cent of compensation from crude oil revenues to oil-rich but criminally marginalised and neglected communities in Niger Delta.
To enable commenting and other interactive features, please switch to the more advanced .
Get the latest news and analysis of issues from Nigeria, Africa and around the world, direct into your inbox, daily