Sign up to receive emails from Carnegie’s Democracy, Conflict, and Governance Program!
Check your email for details on your request.
Too often viewed as a monolithic state, Nigeria has complex subnational governance systems that can have outsized impacts on its trajectory. The state is covered with a vibrant but frayed political quilt, consisting of three layers: the federal government in Abuja, thirty-six state governments, and 774 local governments.
Frequently overlooked, Nigeria’s local governments are disproportionately important; if they functioned well, they would be best positioned to meet people’s basic needs and to build their resilience to cope with everyday challenges.

In reality, however, “no local government [in Nigeria] works for the people.”1 Instead, “every household is its own local government,” sourcing its basic needs—water, electricity, education, and healthcare—however it can.2 Exhausted by local government kleptocracy—a system in which those who govern steal from the governed—Nigerians understand that they must fend for themselves. 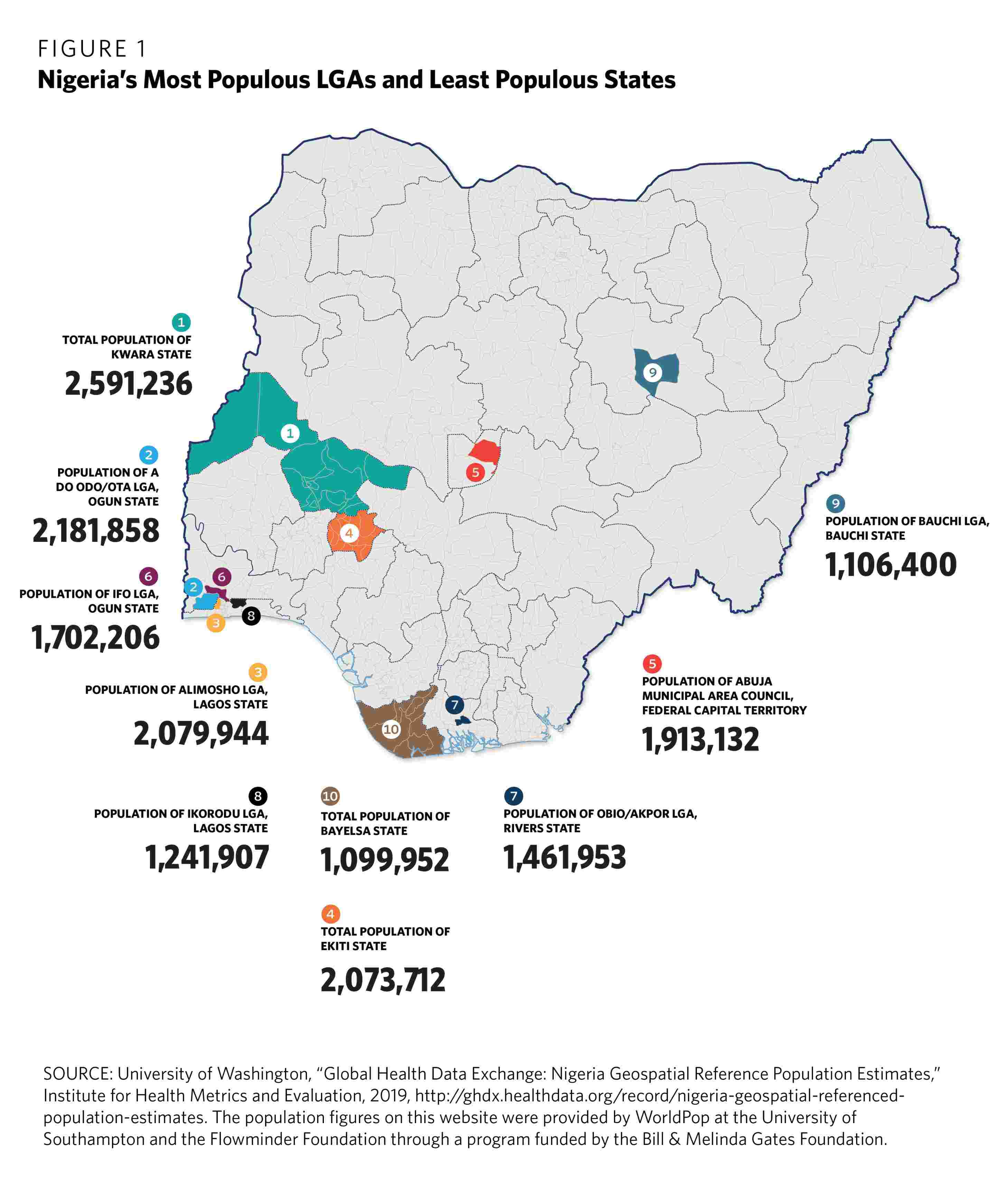 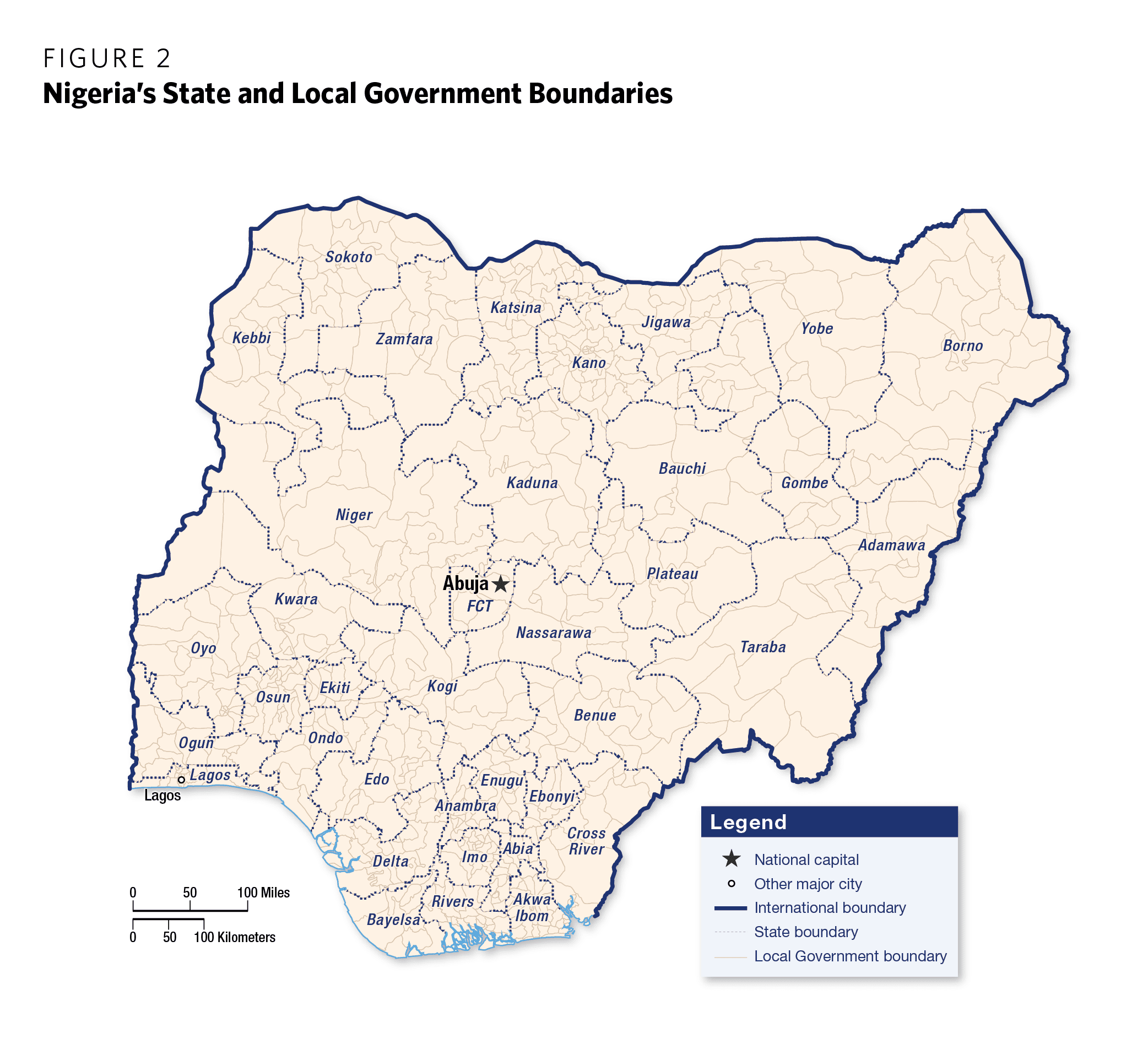 If viewed region by region, the disconnect between population and local government distribution is clear. The South South, South East, and North Central zones, for example, all have proportionally more LGAs than they do population, while the situation is reversed in zones such as North West and South West (see Figure 3). 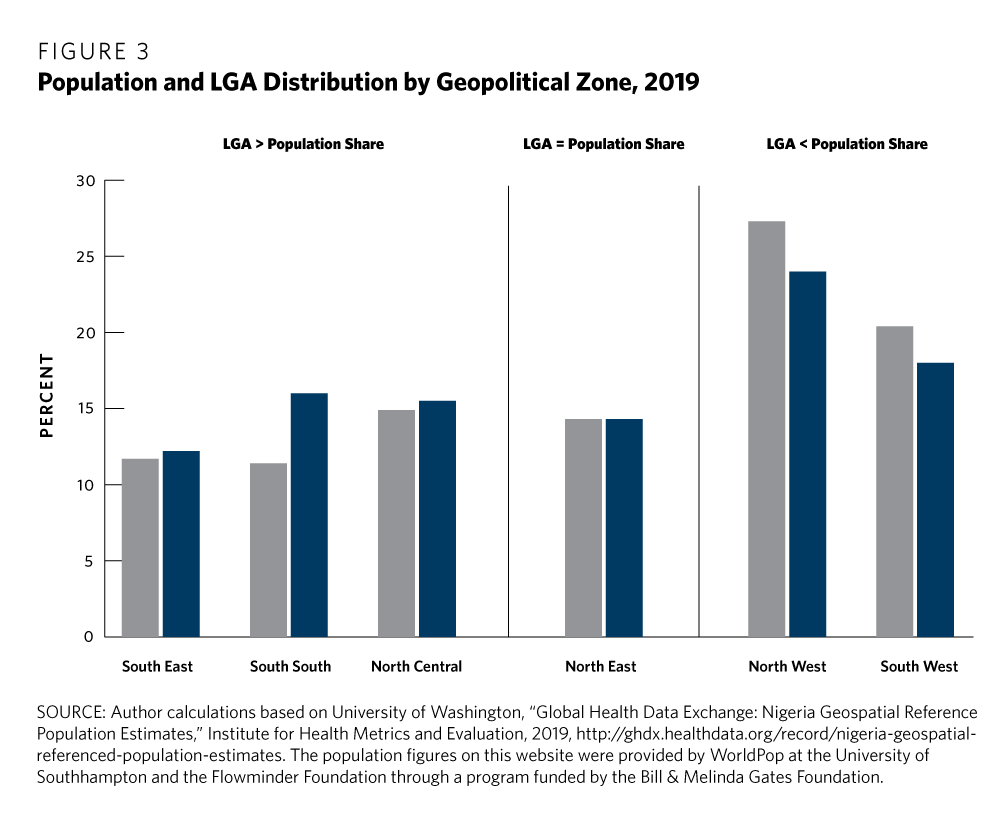 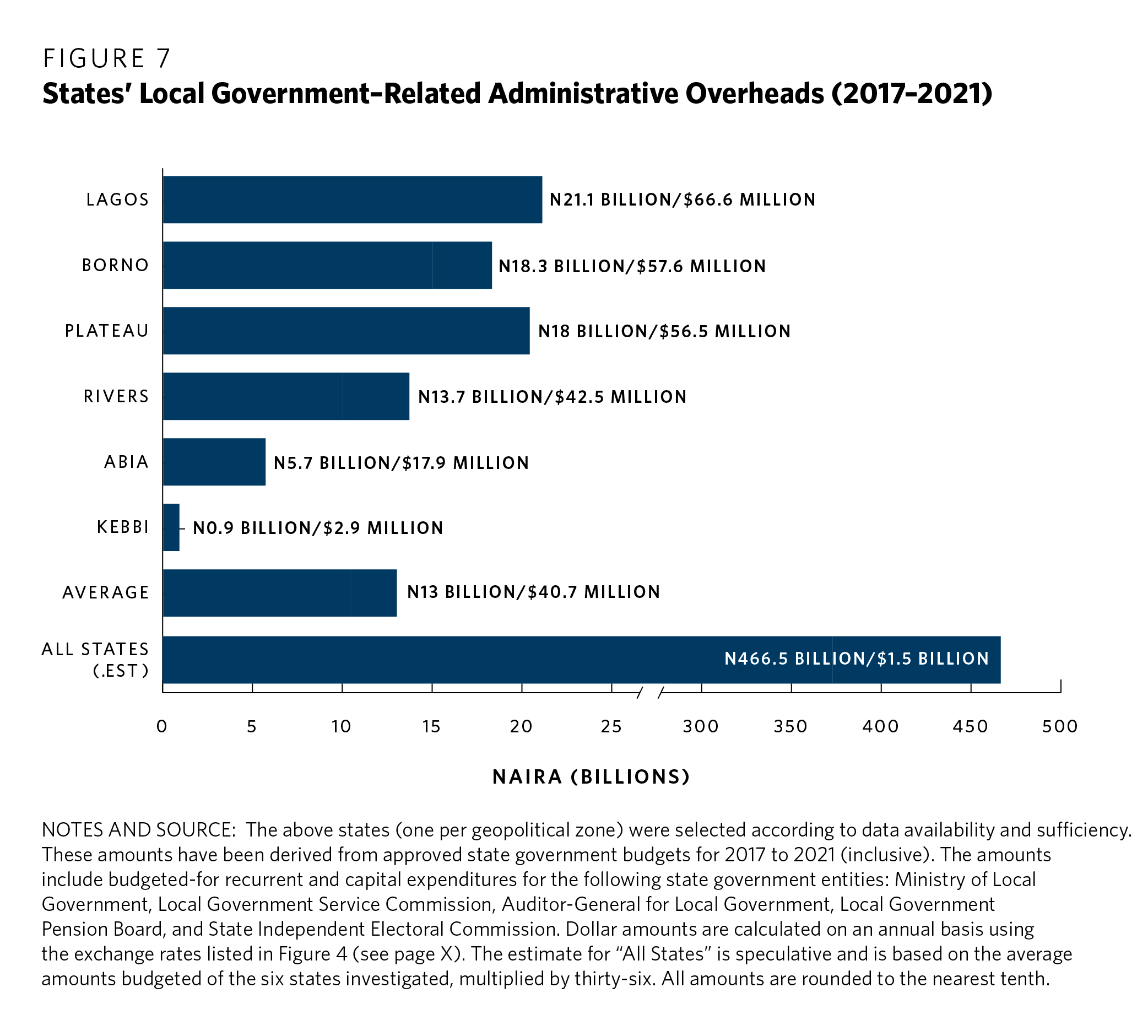 ALGON Association of Local Governments of Nigeria
FCT Federal Capital Territory
IGR internally generated revenue
INEC Independent National Electoral Commission
LG local government
LGA local government area
N naira
NFIU Nigerian Financial Intelligence Unit
NRC National Republican Convention
NULGE Nigerian Union of Local Government Employees
PDP People’s Democratic Party
SDP Social Democratic Party
SIEC State Independent Electoral Commission
SJLGA State Joint Local Government Account
SUV sport utility vehicle
The program thanks Uadamen Ilevbaoje for his superb research assistance. Thanks also to the many serving and former local government officials whose insights and experiences helped shape this paper.
Carnegie does not take institutional positions on public policy issues; the views represented herein are those of the author(s) and do not necessarily reflect the views of Carnegie, its staff, or its trustees.
The World Unpacked is a biweekly foreign policy podcast that breaks down the hottest global issues of today with experts, journalists, and policymakers who can explain what is happening, why it matters, and where we go from here.
1779 Massachusetts Avenue NW
Washington, DC 20036-2103
Phone: 202 483 7600
Fax: 202 483 1840
In a complex, changing, and increasingly contested world, the Carnegie Endowment generates strategic ideas and independent analysis, supports diplomacy, and trains the next generation of international scholar-practitioners to help countries and institutions take on the most difficult global problems and safeguard peace.
© 2022 Carnegie Endowment for International Peace. All rights reserved.
By using this website, you agree to our cookie policy.
You are leaving the website for the Carnegie-Tsinghua Center for Global Policy and entering a website for another of Carnegie’s global centers.
你将离开清华—卡内基中心网站，进入卡内基其他全球中心的网站。