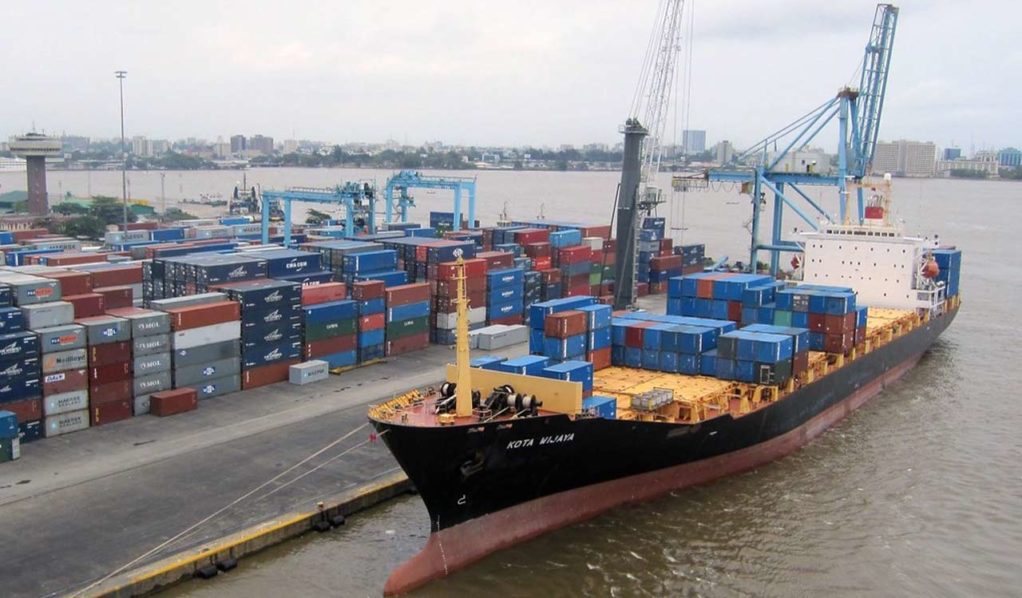 Stakeholders in the maritime sector have lamented how corruption in Nigeria’s seaports has marred the ease of doing business in the country as well as contributed to the nation’s low ranking in the Transparency International Corruption Perception Index (CPI).
Seaport
They shared their disappointment on Wednesday at an engagement with freight forwarders on the Standard Operating Procedures (SOP) of cargo clearance at the nation’s ports.
Nigeria had in the latest Transparency International Corruption Perception Index (CPI), ranked 149 out of 180 countries, a record that is three steps lower than its rating in 2019.
According to data from Proshare, Nigeria loses up to $1.95 billion in government revenue and $8.15 billion in private sector revenue yearly due to corruption at the Nigerian ports.
Recall that the Executive Secretary of Nigerian Shippers’ Council, Hassan Bello, had last week disclosed that the agency recovered $20,000 bribe money from boarding officials at the port.
Delivering a paper on ‘Maritime Corruption and Malpractices’, a former national president of the National Association of Government Approved Freight Forwarders (NAGAFF), Eugene Nweke, said all the arms of government and the other players in the maritime industry are involved in the corruption process in the sector.
He said while the government is using political will to impose non-professionals to head key agencies in the maritime industry, other players such as the officials of the agencies, freight forwarders, customs brokers and importers engage in unholy and sharp practices to avoid due processes.
“The bad economic policy has made every average importer seek profit maximisation at all cost by hook or crook. Customs and terminal operators connive in an unholy alliance. We see the shipping companies and what they do.
“Virtually all the activities of every single actor within the supply chain are being activated. All these are damaging the system and the end receiver of such actions and inactions of corruption in the maritime industry are the masses,” Nweke stressed.
The President of NAGAFF, Dr. Increase Uche, said if Nigeria must improve on its corruption index, sensitising maritime practitioners on issues of corruption at the ports, as well as implementing digitalisation process to remove human element barriers that constitute and give way for corruption is crucial.
He said vessel boarding has always put Nigeria in the spotlight of the global corruption index, which was supported by the World Bank Report for the last two years.
Uche said the Maritime Anti-Corruption Network (MACN) intervention in sanitising the maritime system of corruption would ensure that the corruption index of Nigeria, as assessed globally, is minimised with the measures put in place, such as the Port Support Service Portal (PSSP), Standard Operating Procedures (SOP) and Nigerian Port Process Manual (NPPM).
He argued that the measures have to some extent eliminated human bottlenecks at the ports in the area of vessel boarding, adding that no industry can grow and survive under corruption.
Uche said with the online interfacing with the anti-corruption agency, especially with the SOP and PSSP tool kits provided to practitioners in the industry, corruption would be minimised both in the public and private arm of the maritime industry.
Speaking, the Anti Corruption Advisor for MACN and Convention on Business Integrity (CBI), Babatunde Oluajo, revealed that corruption in Nigeria’s seaports has dropped significantly by 30 percent, in the last two years,
He said the drop is part of efforts to engender transparency, integrity and efficiency in port operations, especially as the anti-corruption body has engaged both the private and public sector collectively to rid the maritime industry of corruption.
He said corruption has limited the ease of doing businesses in the country, making the nation’s port users and investors lament.
This, he said, is what the global researchers leverage as a tool to rank Nigeria in the corruption perception index report.
Oluajo observed that, while the shipping aspects of the maritime industry have recorded a tremendous drop in corrupt practices, the engagement with the stakeholders is aimed at supporting the SOP to get better government response to complaints regarding infractions and to demand greater compliance.
The Anti Corruption Advisor noted that the Nigerian Shippers’ Council has added value to port operations as an economic regulator while calling on the stakeholders to establish the standard for the interaction of private participation with public officials on verifiable and comprehensive discourse.
He said the anti-corruption body is hoping for a Nigerian maritime sector that will have zero tolerance for corruption, while it shifts focus to cargo clearing and other areas in the industry.
Also speaking at the event, the Executive Secretary, Nigerian Shippers’ Council, noted that the PSSP and SOP created by the Federal Government and supervised by the Council has drastically reduced corruption in the Nigeria port system.
Bello, who was represented by the Zonal Coordinator, South-South of the Council, Ogor Izah, recalled that before 2016, the ports were bedevilled with corrupt practices, which made Nigeria rank low in the Corruption Perception Index (CPI) of Transparency International.
According to him, this gave room for the launch of the PSSP and SOP in 2016 to improve on operations, service timelines, efficiency and accountability in the port sector.
He added that the Vice President, Prof. Yemi Osinbajo further launched the Nigerian Port Process Manual (NPPM) this year to promote transparency to eliminate bottlenecks and illegalities at the nation’s ports.
Bello further said, the Council, as the Port Economic Regulator, was to establish an enabling environment for all stakeholders by instituting an efficient and effective economic regulatory system in the transport sector.
To enable commenting and other interactive features, please switch to the more advanced .