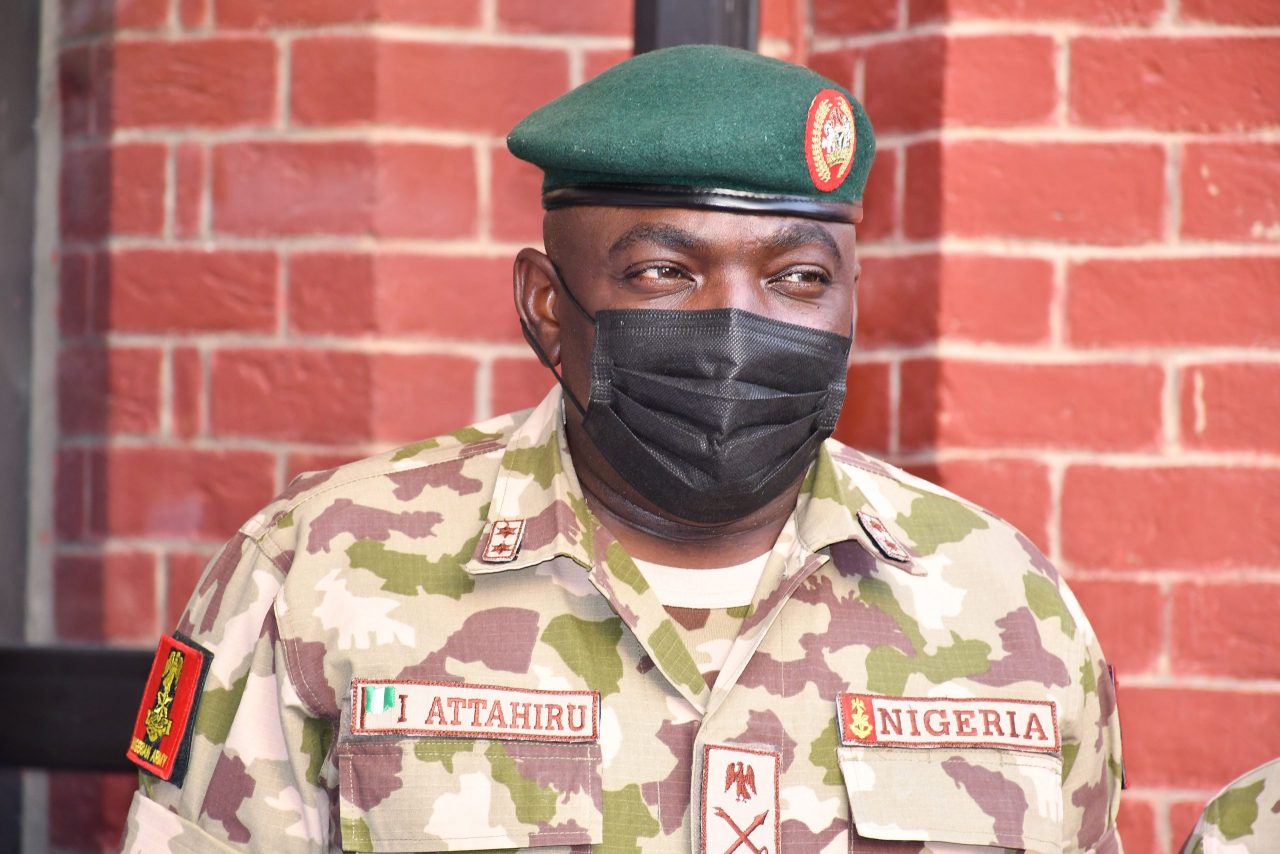 An Igbo group, Nzuko Umunna has cautioned security agencies against arbitrary killings in the South East region, saying that state actors might be prosecuted at domestic and international fora if they fail to end the killings in the zone.
Chief of Army Staff Major General Ibrahim Attahiru is seen at the theatre command operations Lafiya Dole headquarters in Maiduguri, Nigeria, on January 31, 2021. (Photo by Audu Marte / AFP)
In an open letter to the Chief of Army Staff, Lt.-Gen. Ibrahim Attahiru, endorsed by its Executive Secretary, Ngozi Odumuko, it noted that President Muhammadu Buhari’s shoot-on-sight order “has been roundly criticised as unconstitutional,” adding that the Military High Command had not refuted alleged execution of the directive in the South East.
Titled: Shoot-on-Sight Order And Ongoing Extra-judicial Killings In The South East Zone, the open letter stated that the group, which is made of the cream of Igbo intellectuals, technocrats and professionals, was concerned about the directive to troops in the South East.
“The directive has caused severe panic and commotion among residents of the zone and had led to some residents especially in the Orlu axis fleeing their homes. More worrisome is the fact that several days after the directive, the military has failed to refute the report to reassure Ndigbo of their safety. This has tended to validate the veracity of the directive.
“Also, reports of several killings by state actors in Orlu, Owerri and environs further validate the veracity of the shoot-on-sight order,” the letter reads.
The Igbo think-tank argued that besides the criticism that had trailed the shoot-on-sight order, killings arising from such directive were not only arbitrary and unconstitutional, but a breach of United Nations conventions and international instruments, which Nigeria signed, especially the Rome Statute.
It, therefore, warned that state actors, who ordered or facilitated such killings might be prosecuted at domestic and global fora adding: “Such killings are termed genocide and crime against humanity, for which those directly and remotely involved may be prosecuted even after decades. The directive and the resultant killings are a declaration of war on the zone.”
It further noted that the South East was the most peaceful zone in the country, adding that besides the pockets of security challenges in the region, which could be handled by the Nigeria Police Force, there was no justification for the current militarisation and arbitrary killings in the zone, following the shoot-on-sight order.
The group urged the Military High Command to clarify what it described as “troubling directive;, as that would go a long way to reassure the South East people of their safety.
To enable commenting and other interactive features, please switch to the more advanced .
Get the latest news and analysis of issues from Nigeria, Africa and around the world, direct into your inbox, daily