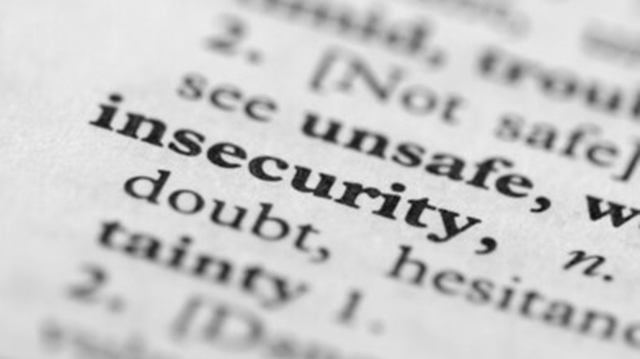 “Who will stop the madness on the Plateau?” That was the title of my opinion essay as published in different newspapers precisely back on September 11, 2011. The screaming and scary headlines then reeked of pure horror! These included: “Five more killed in Jos.”(Daily Independent, August 31,2011), “Family of eight wiped out in Jos .”(Daily Sun, Sept 5,2011). Soon after was: “Another family of eight wiped out in Jos.”(PM News Sept 9,2011). These grisly and despicable killings added to the highly disturbing massacre of 500 Berom natives in Dogon Nahawa by some blood thirsty herdsmen on Sunday, March 7,2010. My immediate response then was a question: Has Nigeria turned into such a lawless state that evil now holds sway with impunity? The answer should be obvious to us all by now.
inscurity
That was some ten odd years ago, under the Peoples Democratic Party (PDP)-led administration. Insecurity was one of the recurring ugly decimals that marked and de-branded that administration. So the All Progressives Congress (APC) latched on it to promise the much-needed “change”.
Unfortunately, the blood-thirsty monster that has turned our beloved nation-state into the killing fields of the African continent courtesy of terrorism, the restless rage of armed Fulani herders, banditry and kidnapping for ransom has not relented. Instead it has bared its fangs worse than ever before in Nigeria’s chequered history.
For instance, in recent weeks the headlines have assumed different disturbing tones reflecting Gov. Lalong Imposition of curfew on Three LGAs; Gunmen suspected to be herders again attacking Bassa Local Government Area of Plateau State, killing five persons, despite the curfew; Over 20 travellers killed by militiamen recently in Plateau State while returning to Ondo State from Bauchi; and later police arrest of 20 suspects, as well as condemnation of the killings by individuals and groups.
The Miyetti Allah Cattle Breeders Association of Nigeria (MACBAN) has warned that Fulani should not always be linked to all attacks in the state. Bitter lessons to learn from the series of killings in Plateau State since 2001 paint a parlous portrait of a country where the citizens’ lives mean little or nothing to those who swear by the constitution to protect their lives and property.
For how long are we going to tolerate the crass absurdity of unmitigated murders in our country, Nigeria? Indeed, my continued outrage at the recurring bestial blood-letting on the Plateau since 2001 is predicated on the apparent impotence on the part of both the Federal and state governments through the security forces to rein in the monster of the orgy of violence.
As if the vandalization of their farmlands by suspected armed Fulani herders were not enough and as if re-enacting a midnight horror film as the 10th Anniversary of the past tragedy, some assailants attacked Tafi-Gana village on 17th August, 2021. There they descended on their victims right in their sleep and sent them to their early graves. And in another attack in Dong village, some gunmen also killed a resident, a development confirmed by leader of the community, Danjuma Auta, to a leading newspaper.
Similarly, the National President of the Irigwe Development Association, Mr. Ezekiel Bini, confirmed the killings on Wednesday, the 18th August, 2021 adding that the whereabouts of four other persons have remained unknown after the attack. He said: “Yes, it is true that five persons have been killed in fresh attack on us. We are now on our way to meet the governor over the continued killings in our communities of Bassa, despite the curfew by the state government.”
So, what is the way forward to the spate of killings not only in Plateau state but several others such as Bornu, Zamfara, Sokoto, Niger and Kaduna states apart from killings related to secessionist agitations in the South-East geo-political zone?
Going forward, it has become imperative for our political leaders to demonstrate, more by actions than by words that they are there for the entire country, state or local council and not only for their ethnic nationalities alone. We must do away with king-servant relationship. No ethnic group or any part of the country, or state should be seen as superior to others.
Security operatives should do much more on intelligence information gathering, articulation, interpretation and taking proactive actions. That is, when and where it matters most. The pain in all of these is that most of these deaths were preventable.
It would be recalled that Mario Machungo, in his thought-provoking lecture entitled: “Good Leadership Counts” presented at the 1999 Kampala Conference for Security, Stability, Development and Cooperation in Africa (CSSDCA), had focused on the imperative of strengthening internal security. He stated that the inter-related problems of security, stability and development must be solved through home grown methods.
This dovetails to the clarion call for the adoption of state and community policing. We can no longer run away from them. The security architecture and apparatus should be made holistic to engender the trust in the people to see it as their own. With that they will be willing to divulge relevant information which the police should act on promptly without politicizing them. And with that in place, it would be easier for them to identify and mop up hundreds of thousands of arms and ammunition hidden all over the country.
Besides, we should also do away with the persisting culture of impunity. The government should stop slapping perpetrators of evil with amnesty programs that insult the intelligence of their helpless victims. As the Arewa Consultative Forum recently highlighted, now is the time to deal decisively with killers; to pay for their crimes against humanity instead of being cajoled by the powers that be. Only that would serve as a form of deterrence to others with similar evil inclinations.