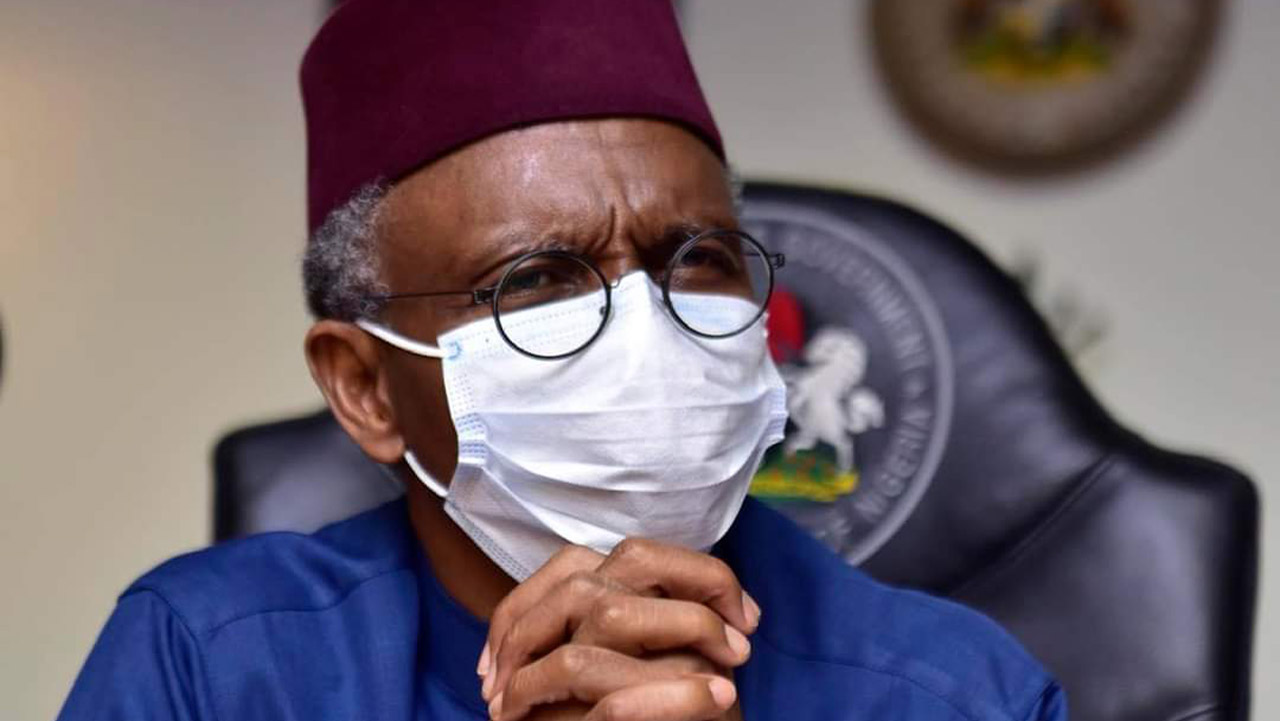 Kaduna State Government on Friday postponed resumption dates of both Primary and Secondary schools in the state, earlier scheduled to resume academic activities Aug. 9.
El-rufai. Photo; TWITTER/MGMAIGAMO
The News Agency of Nigeria (NAN) reports that the postponement is contained in a statement jointly signed by the Commissioner for Education, Dr Shehu Muhammad and that of Internal Security and Home Affairs, Mr Samuel Aruwan.
According to it, the decision is sequel to advise by security agencies, stressing that military operations are continuing while infrastructure projects are in high-risk areas.
“The Kaduna State Government commends the military and police high commands for the ongoing security operations against armed bandits across the state.
“The government praises the doggedness and courage of officers and troops carrying out air and ground operations around Kaduna, Niger, Katsina, Plateau and Zamfara boundaries”, it said.
Government said it had requested the military and police high commands to expand the operations to newly identified hide-outs.
“New dates for school resumption will be announced, based on further security assessments.
” While wishing the military and security agencies resounding success against the bandits, Kaduna government appeals for the understanding of all residents over any inconvenience caused by the postponement”, it said.
It urged all residents to be patient and report any security breach to the nearest security agencies.