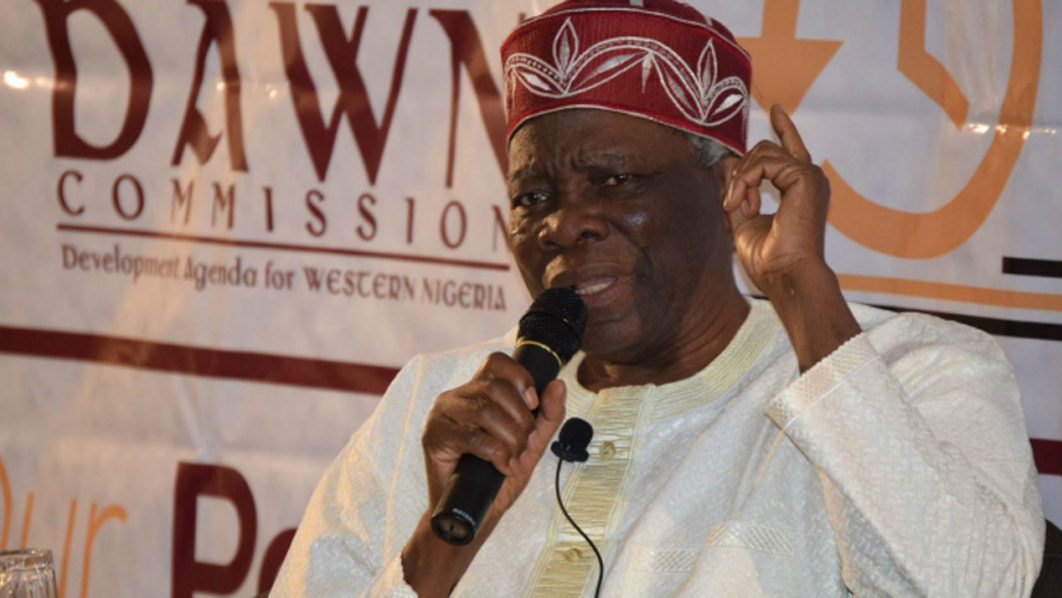 The umbrella body of Yoruba self-determination groups, Ilana Omo Oodua, has endorsed the ongoing petition being pushed by the Nigerian Indigenous Nationalities Alliance for Self-Determination (NINAS), which urged the Federal Government to conduct a referendum in Igbo and Yoruba lands.
Prof Banji Akintoye
In a statement signed by the leader of the Yoruba nation agitators, Prof. Banji Akintoye, and made available to The Guardian, yesterday, by his Communications Manager, Mr. Maxwell Adeleye, Nigerians, especially Yoruba people within and beyond the shores of the country, were asked to sign the petition to support the agitation for a referendum.
Akintoye, who is also the Chairman of NINAS, described the petition as the first major step towards the conduct of a referendum that would make or mar the actualisation of the sovereign Yoruba nation from Nigeria.
The statement stated: “We the Yoruba people must now move forward to accomplish the Yoruba nation’s self-determination by holding a referendum.
“In a referendum, we will not be voting for a candidate, but voting to make a choice on a given proposition. That proposition will be: “I want the Yoruba Republic separate from Nigeria. Each voter will be able to vote Yes or No. That is the Yoruba Nation Referendum.”
It added: “Already, some patriots under the umbrella of NINAS have now started to circulate a petition that we Yoruba, Igbo, Niger/Delta and Middle Belt want a referendum.
“I urge all the millions of Yoruba people within and beyond Nigeria to vote in support of that petition. However, the chances are that the Federal Government will answer no.
“Alternatively, we might take our petition to the state governments and demand that they should grant us a referendum. Since the state governments are our own elected governments, we have a much better chance to compel them to do what we want. What we need is to mount intense pressure on them. We must not take no for answer.
“Finally, we can take our petition to the United Nations and demand they come and arrange the referendum.”
To enable commenting and other interactive features, please switch to the more advanced .
Get the latest news and analysis of issues from Nigeria, Africa and around the world, direct into your inbox, daily